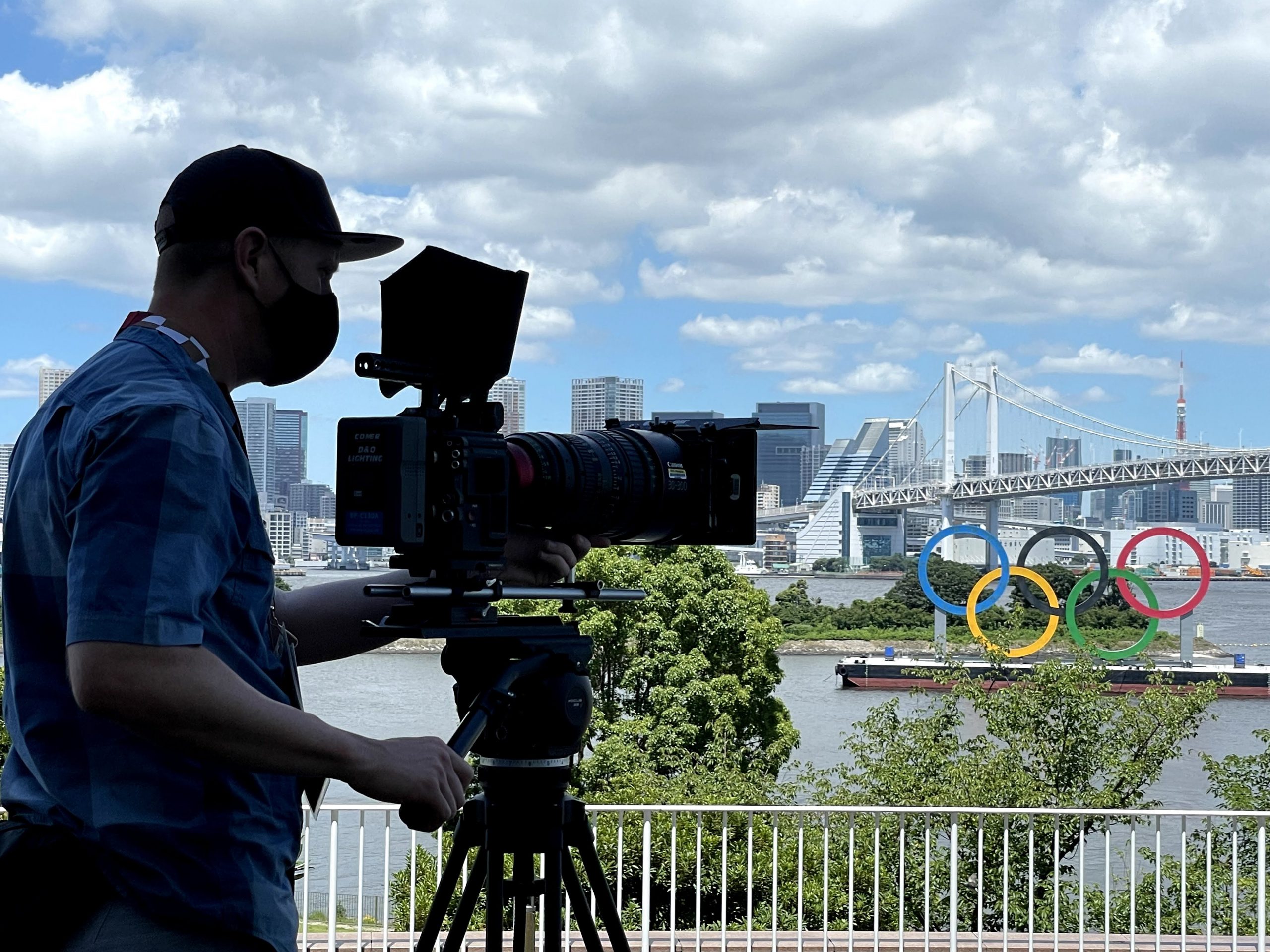 Emmy-Winning Specialty DP, Aaron Mendez, on the gear and path to the Olympic Games

From skateboarding to surfing, the 2020 Tokyo Olympics were historic in many ways. From a year-long delay, due to the pandemic, this year’s Tokyo Games marked the continuation of a growing trend – that of using cinema cameras and cinematographers in sports. A trend that can be seen in leagues like the NFL, NHL, and MLB.

“I would say over the last seven or eight years, the style of documenting sports and the stories around sports have evolved.  While the goals have always been thoughtful storytelling, more and more recently, the aesthetic of image itself has begun to convey importance,” explains veteran filmmaker Aaron Mendez.

Mendez, a two-time Emmy-winning cinematographer, has worked in a variety of high-profile news and sports roles. As the son of legendary ’80s sitcom and television show camera operator Rolf Mendez, he has grown up in the industry and has gone on to work on features for the likes of legendary newsman Tom Brokaw. This year, Mendez was tapped to join NBC Sports as their specialty director of photography for the Olympic Games. His directive was to focus on telling human interest stories.

“Certainly, any good moment or persona can go viral and be noticed, but the quality of the way a story is told is like a giant neon light telling the viewer – the image is expensive, therefore pay attention. The quality of cinema cameras, glass, fluid heads, and support has allowed so much of the storytelling to be elevated that now stories that might be lost in the clutter can be passed around with that neon attached to them.”

Just as crucial as Mendez’s style of shooting is what is in his kit. He’s always equipped with tools you’d expect in a filmmaking kit.

“My main camera is a RED GEMINI 5K, as well as a specialty high-speed camera called a “WAVE CAMERA” made by Freefly Systems, which is capable of shooting 420fps in 4K and 1440fps in 2K. I also bring along my Freefly Systems MOVI Pro Gimbal for features, a full set of Canon Cine Primes, and a few longer Canon lenses.  We utilize the Canon 600mm Prime, the 50-1000mm Cine Zoom, as well as my favorite and most versatile lens, the 30-300mm Canon Cine Zoom.  Of course, these heavy lenses require solid support, and that’s why I also brought along my compact & lightweight CARTONI FOCUS 22 tripod system.”

“The lenses we use are heavy and require a solid tripod set up to operate. Additionally, once the games start, we are constantly changing locations and moving from venue to venue. The CARTONI FOCUS 22 was the perfect solution for this working environment.  The carbon fiber version is light enough to throw up on your shoulder to move around with and, most importantly, sturdy enough to handle a good size camera package with heavy cinema glass.”

“This tripod system was flawless. With the ability to quickly and easily go from almost ground level to over 6 ft tall, I was prepared for every possible shooting scenario. Super rugged through some harsh weather conditions and easy to operate with almost all of the bells and whistles of a bigger, more expensive setup.  This system was amazing to work with and will most definitely travel with me on every job in the foreseeable future.”

“I first got introduced to the NBC Sports world through a mentor and fellow cinematographer, Samson Chan, in early 2014,” Mendez explains. “He brought me on as a moving camera element to his assignments.  Drones and camera gimbals were my specialty, and our styles of shooting blended perfectly.”

Over the course of his time with NBC, Mendez was able to work on multiple feature-length docs in 2014, then traveled to Brazil in 2015-2016 to tell the cultural stories of the country in anticipation of the Rio Olympics in 2016.

“I fell into this small crew that was fortunate to tell the stories of the food, music, art, history, and culture of the Olympic host country.  We got to spend a week living on a houseboat deep in the Amazon with Tom Brokaw, explored the street art and music of Sao Paulo, and even shot on the parade route of the legendary Carnival Parade. These are the stories that NBC uses to introduce the host country to the viewers back home in the US during the games.”

With multiple Olympic Games under their belt, Mendez and the NBC crew would go on to win a sports Emmy for the opening of the 2018 Winter Olympics as well as an Emmy for the Best Cinematography Sports Emmy for the cold open of the Kentucky Derby, a feature-length documentary on one of the greatest race car drivers in history, Mario Andretti, as well numerous athlete profiles and promos.

From there, NBC must’ve recognized a recipe for success as Mendez was hired as a Specialty Director of Photography for Daily Stories and Olympic Features.

“I’m one of 4 specialty DP’s that come together to capture the on-air talent in the host country for the games as well as shoot the cinematic, slow motion, specialty shots that NBC uses for promos, features, and nightly recaps.  Our footage is rarely shown live, which allows us to take more chances and zoom in a little tighter than we normally would.”

With 34 international patents, Cartoni camera supports have been known for innovation and reliability. The brand is trusted by several Emmy-winning camera operators like Deena Sheldon, college sports teams, stadiums, and OB companies like Rush Media, RaceTech media, and more.

Manios Digital is the exclusive US distributor for Cartoni Camera Supports.