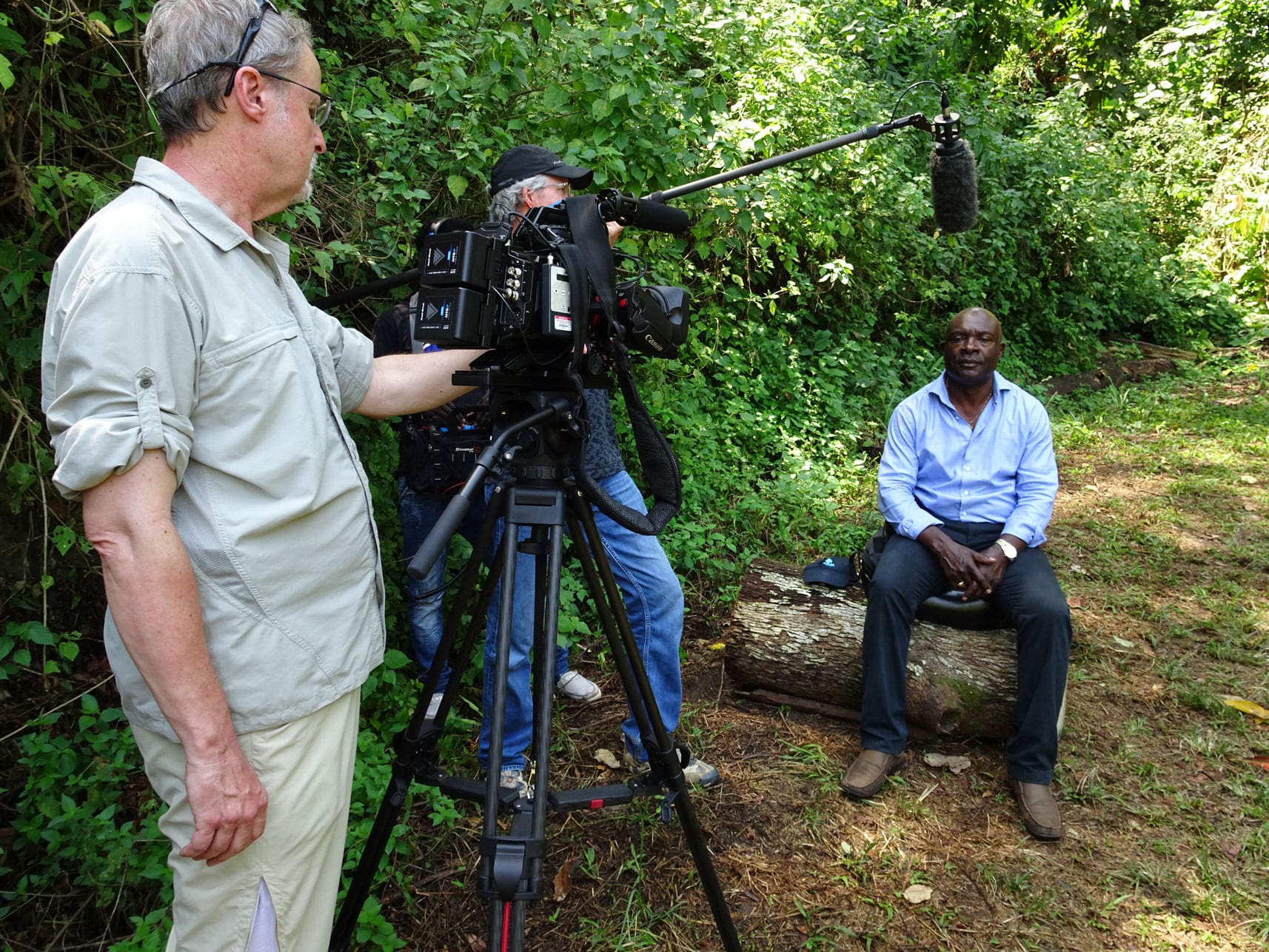 Award-winning filmmaker, Jody Eldred, helps shine a light on the ‘Fight for the Forgotton’ in Uganda

Deep in a rain forest in Equatorial Africa, the peaceful Batwa Pygmies were once known as ‘the keepers of the forest.’ But for generations, these people, known for their unusually short height, would fight against their own slavery, rape and now, poverty. Three generations ago, this process culminated in the Uganda government seizing the Batwa Pygmies’ land with no monetary compensation and no place to call home.
The Batwa needed a champion.

Enter Justin Wren.
At six foot two and two hundred-fifty pounds, Wren is a giant of a man who spends his days fighting in the heavyweight division in mixed martial arts. With flowing blonde locks, he’s a mirror of the Marvel superhero Thor. And Wren is just the giant of a man the Batwa need.

After reading about the Pygmies, Wren, who would later be known in MMA as ‘the Big Pygmy,’ made a life-changing decision to head to the Congo. “I was fighting against people, but really I was supposed to be fighting for people,” Wren said in an interview for his book titled, “Fight for the Forgotten.”
The fight for the forgotten is about providing the Batwa with the skills to exist in the modern world and resources such as fresh water wells, and land to farm.

And Wren is not alone in his fight. He has rallied some in the MMA community to the cause, particularly legendary female fighter Cris Cyborg giving her dollars and time. And now, a documentary to chronicle this powerful story is being brought to life.
That’s when Jody Eldred entered the frame. Eldred, an Emmy award-winning and DGA award nominated TV and Filmmaker, trained in Brazilian jiu-jitsu and is well-known to some UFC production professionals deeply affected by what Justin Wren is doing to free the Pygmies in the Congo and Uganda.

The connection was made, and Jody began putting together the gear needed to effectively operate in Uganda. To create the cinematic look D.P. Filipe Bessa and Director Brady Nasfell were looking for, they turned to the new Blackmagic URSA Mini Pro 4.6K G2 and the Pocket Cinema Camera 4K.

“Because of rough environment we would be shooting in and having to carry gear for great distances, and in tropical heat, we wanted stuff to be as lightweight as possible but still functional,” says Jody. “So I decided that, after trying everything, we could get by with a smaller head and slightly lighter sticks.”

Supporting the Blackmagic URSA Mini Pro 4.6K G2, the crew used a Cartoni Focus 8 head with SDS Tripod. The Cartoni SDS Tripod sets up & folds in an instant, making it a perfect choice for camera operators on the go.

“What I really liked about the Cartoni was how fast it set up,” says Jody. “You flip a single lever on each leg and you are ready to go. The Cartoni performed very well. It’s very well designed and supported the weight of that camera, monitor, etc. without an issue.”

Powering the equipment, including lighting, was going to be challenge. There is no electricity in the rain forest, and the “hotel” where the crew stayed had sporadic power outages. “Sometimes we got up in the morning realizing the generator had gone off during the night. We would run out of gas, run out of electricity, and our batteries weren’t charged,” says Jody. Manios Digital supplied us with the Hawk-Woods Mini V-Lok 150 and 98wh batteries and some accessories such a hot-swap plate, charger, and a light spigot. The Hawk-Woods batteries and accessories were great. So we had plenty of power regardless. They are lightweight, small, TSA-approved and didn’t raise eyebrows.”

Light & Motion Stella Pro lights were used to bring needed punch to lighting interviews in harsh, overhead equatorial sun, as well as nighttime shots. “We were able to get some incredibly cinematic images at night shooting around a campfire with the Pocket Camera at a high ISO, around 16000,” says Jody. “Without the Stella Pro, it would have been very flat, no texture or depth.”
“We were there for about nine days filming. It’s the first part of this documentary, and there’s going to be a lot of filming going on over the remainder of this year.”

Justin Wren has won a few rounds in his fight for the Pygmies. A wealthy benefactor facilitated a land purchase so one tribe would have an area they could live on and farm. And even more important, low-cost groundwater wells are being drilled and will be maintained. What remained was a negotiation with the Mokala – a tribe to which the Pygmies are literally enslaved. The price of freedom was providing fresh water wells to the Mokala slavers as well, and it’s helping establish a level of goodwill never experienced before.

To follow the progress in the fight for the forgotten, visit fightfortheforgotten.com