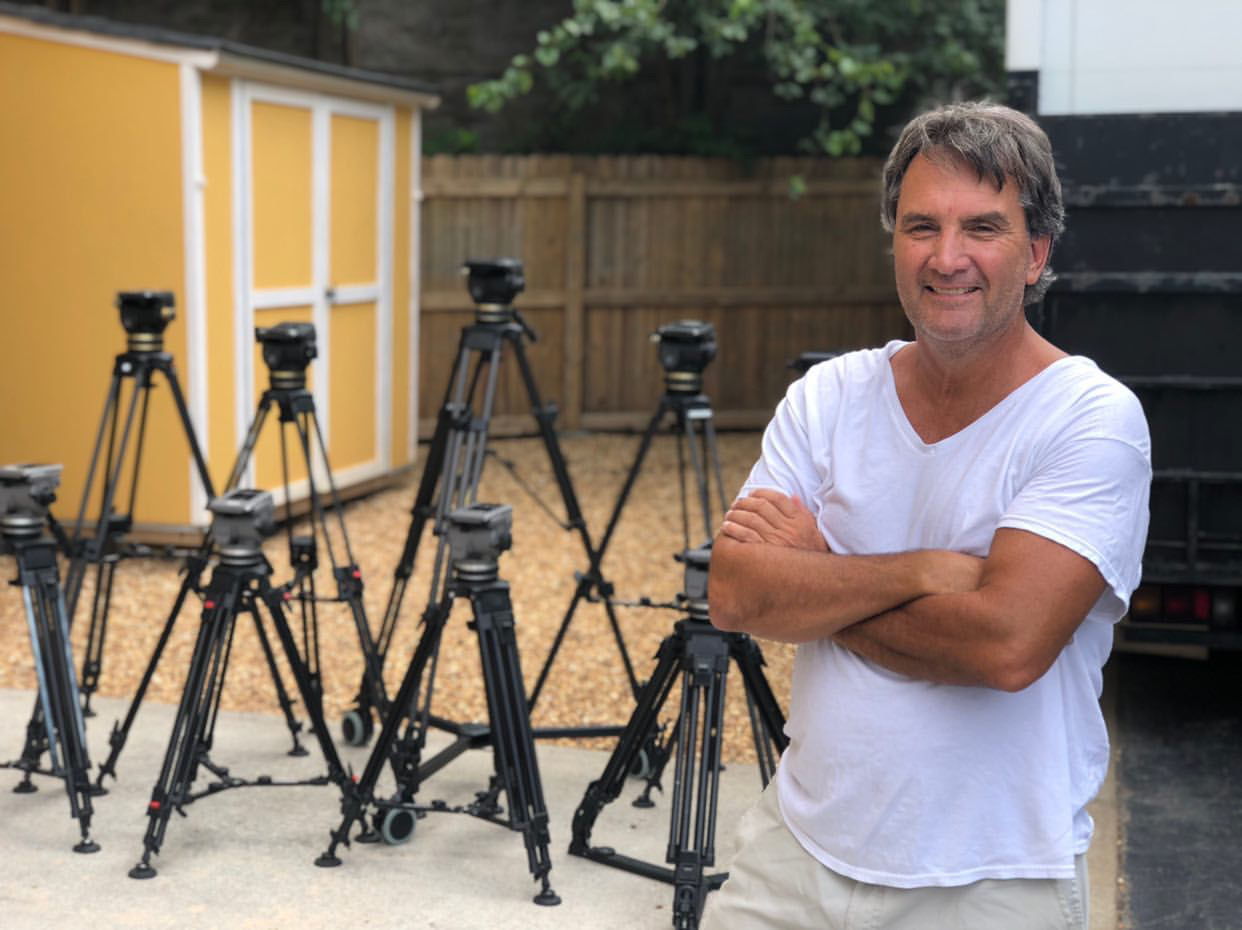 Inertia Films made headlines last year when they revealed that they would be tasked with shooting the Super Bowl, but they would be doing so with their trusted Cartoni tripods, some of which they’ve trusted and relied upon for more than 15 years. We caught up with the Atlanta, Georgia – based production company’s founder, Troy Thomas, to learn how production is recovering in the area.

Q: Like most of the world, the United States is coming out of a coronavirus shutdown. How did Inertia Films survive the closure?

Troy Thomas: In Atlanta, we were placed under a stay-at-home order by the mayor, which meant that most of our employees had to stay home for six weeks. Fortunately, I live within half a mile from the office, so I was able to come in. Production is the largest part of our business, but that really ground to a halt during the stay at home order. I think we did two shoots during the six weeks and probably four live shots during that time. Fortunately, Inertia Films is very diverse. We had two projects that were in post-production that my editors were able to work on from home.

Q: Inertia Films has an incredibly diverse business model. Did that help you come out of the stay-at-home order strong?

TT: Yes, the business model, when I started the company in 1993, was to make sure the company was diversified. By that, I mean that field production was how we started, and that has always been our bread and butter. But we also do live shots, post-production, camera, and lighting rentals and we have a grip truck. Because of that, we were able to keep our heads above water thanks to our post-production business. I was able to keep my entire staff on a full salary during the stay-at-home order. We certainly didn’t prosper, but we were able to do enough to keep going. This really helped us when you compare us to other companies that weren’t diversified. I still know guys who haven’t done a shoot in 8 or 10 weeks because of COVID-19.

Q: So, I saw that you guys are getting back to work and getting back to production. How has the market in Atlanta recovered, and what does it look like right now? What has come back?

TT: Well, it’s hard to say completely. I know that some TV shows are back and shooting and that there is talk that a lot of the episodic and network shows are coming back, but it’s hard to tell. Our business is about fifty-percent of what it is typically this time of year. Some times, it’s a little like your perception is your reality. Are people still afraid to go out? I see people wearing masks, and I see people not wearing masks.

Q: So, what jobs have come back? You mentioned that you are at fifty percent, but I know that you have done documentary, news, and episodic. Can you point to a specific brand of the industry that seems to be recovering a bit faster?

TT: We are doing a lot of live shots, and a lot of the work is geared around news and the broadcast cable news business. When I say fifty-percent, I mean compared to last year. We are still only doing two to three shoots per week, whereas we previously might have done eight. So, we are not nearly at the same pace as what we would normally do. But I’m hopeful. It seems like it is being phased in. I’m hoping that in the next 4-6 weeks that things go back to normal. We do a lot of work with the NFL, and I’m hoping that the Falcons will be able to go to training camp. I don’t know that things will go back to normal for a long time but somewhat back to normal.

Q: So, you actually segued into my next question. There is a light at the end of the tunnel for companies like you who service pro-sports. I know you do a lot of work with the NFL and the Atlanta Falcons. Is the NFL’s proposed start date in September offering a glimmer of hope?

TT: Absolutely! I am hopeful that by the fall, things will get back to normal. We also work with the MLB, and it also looks like they could have a post-season as well. I’m hoping that whatever season they have, that the Braves will be in it – even if it doesn’t happen until November. Because when the Braves are playing, Inertia is covering it!