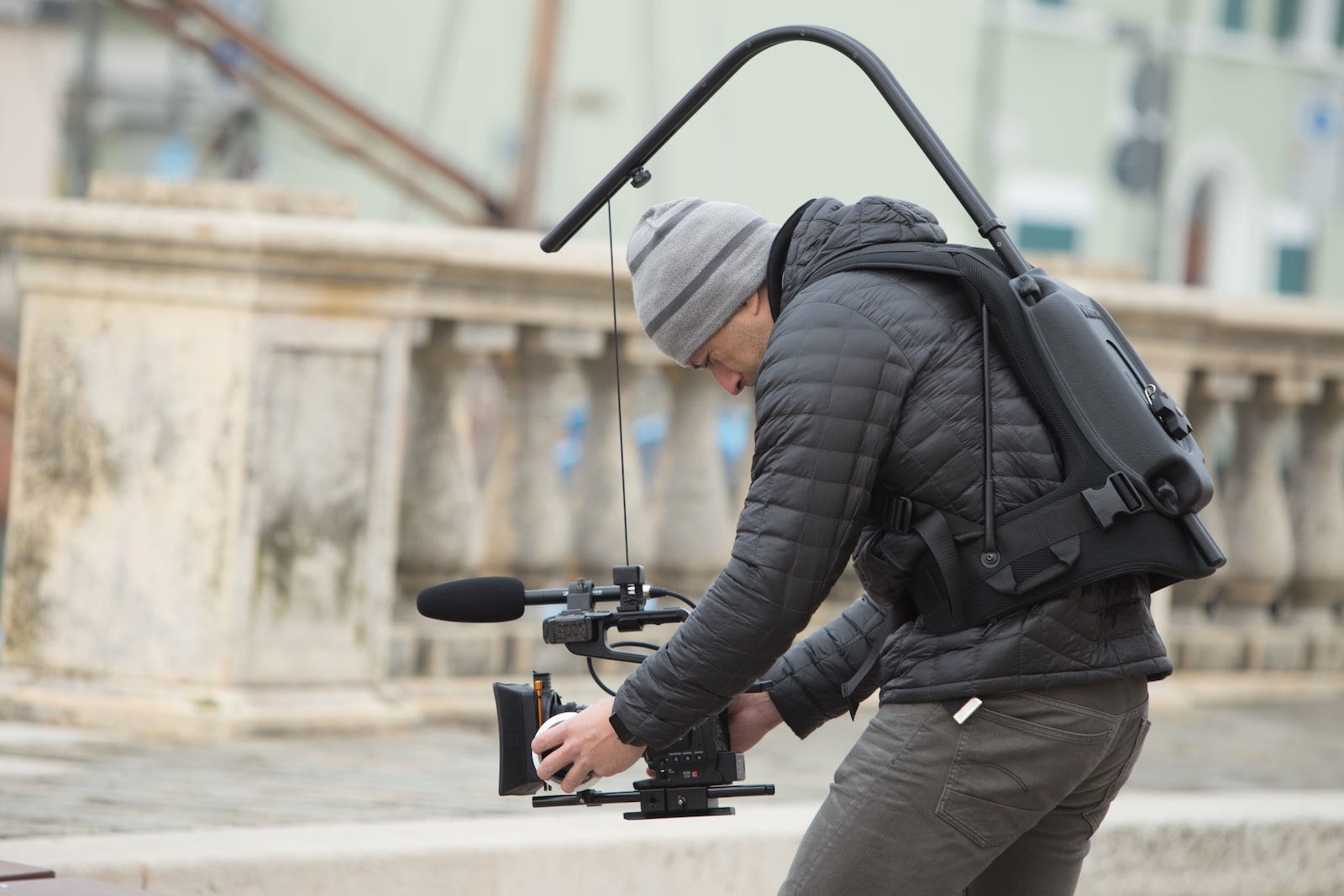 Interview with Andrea Cecchini about Easyrig

During my years as a cameraman I always heard about this accessory, but unfortunately I never had the chance to try it. Then one day during the IBC in Holland I have had the direct testimony and I’m loving it.

I liked everything with the Easyrig. The idea to suspend the chamber through a cable and it galeggiare is truly exceptional. This way you have direct control of the frame giving the recovery a completely personal style. The movement of the body is reflected in the movement of the camera donating a sort of cliche or trademark that you want but that only through this system you can get.

A tool that is often overlooked but often through his concept significantly reduces the effort spinal and neck that can cause systems to shoulder, especially when they are not properly balanced, and completely eliminates the fatigue that arms must undergo while holding a Room or a gimbal for more than 5 minutes.

According to many professionals and as can be seen watching the filming done with Easyrig, this type of movement can have many practical uses in telling a story visually, especially when trying to capture shots with the same point of view.

Obviously, the Easyrig not going to provide a silky smooth motion as a Steadicam or stabilizer MOVI, or goes to resemble the typical shooting hand moves. We say that is a middle ground between the two, producing a kind of movement that reflects the movement of the body when the operator is camminado, but at the same time creating a movement almost float when the operator is stopped.

Yes, as in the Vario 5 top model, the Mini version can be adjusted in intensity through a knob on the back of the system. The load goes from 2kg up to 6kg (vs. Strong) but I think maybe it is able to overcome the barrier of the full load even if very little. In any case it has, however, a range of kg that fully satisfies all over the park rooms prosumer currently on the market.

The system Mini Strong is very light, both to transport and to wear. And at the same time I find it very sturdy and well built to the strict controls Swedes. ‘Made in Sweden’ it is indicated by a beautiful logo embroidered on the bodice. And that says it all. (P.s wary of Chinese and Indian versions !!)

It is also equipped with a beautiful soft carry case which if necessary can become a backpack which can hold over Easyrig the chamber (medium-sized) or other accessories.

What is your opinion on Easyrig?

I love it. I think it’s a great invention and is suitable for many users, including me. I repeat, did not know him but I had heard and at the same time I had seen many pictures of operators on the sets of films imported much use. Also he gives the operator the same look very ‘cool’ … cool in my opinion.

A word of advice to potential buyers.

I recommend it to all for the simple reason that the main advantage of using Easyrig is to remove the undue physical strain on arms, shoulders and spine, thus making long days of filming much less tiring and painful. In addition, the added benefit is that the coverage itself will have a unique aesthetic through the movement of the operator’s body.

How do you see the Easyrig in your future?

Being owner of a movi M15 my intent would be to be able to utilize the version Vario5 for obvious reasons of weight. Although the basic concept remains always the same whether using the small version, or the more coarse.