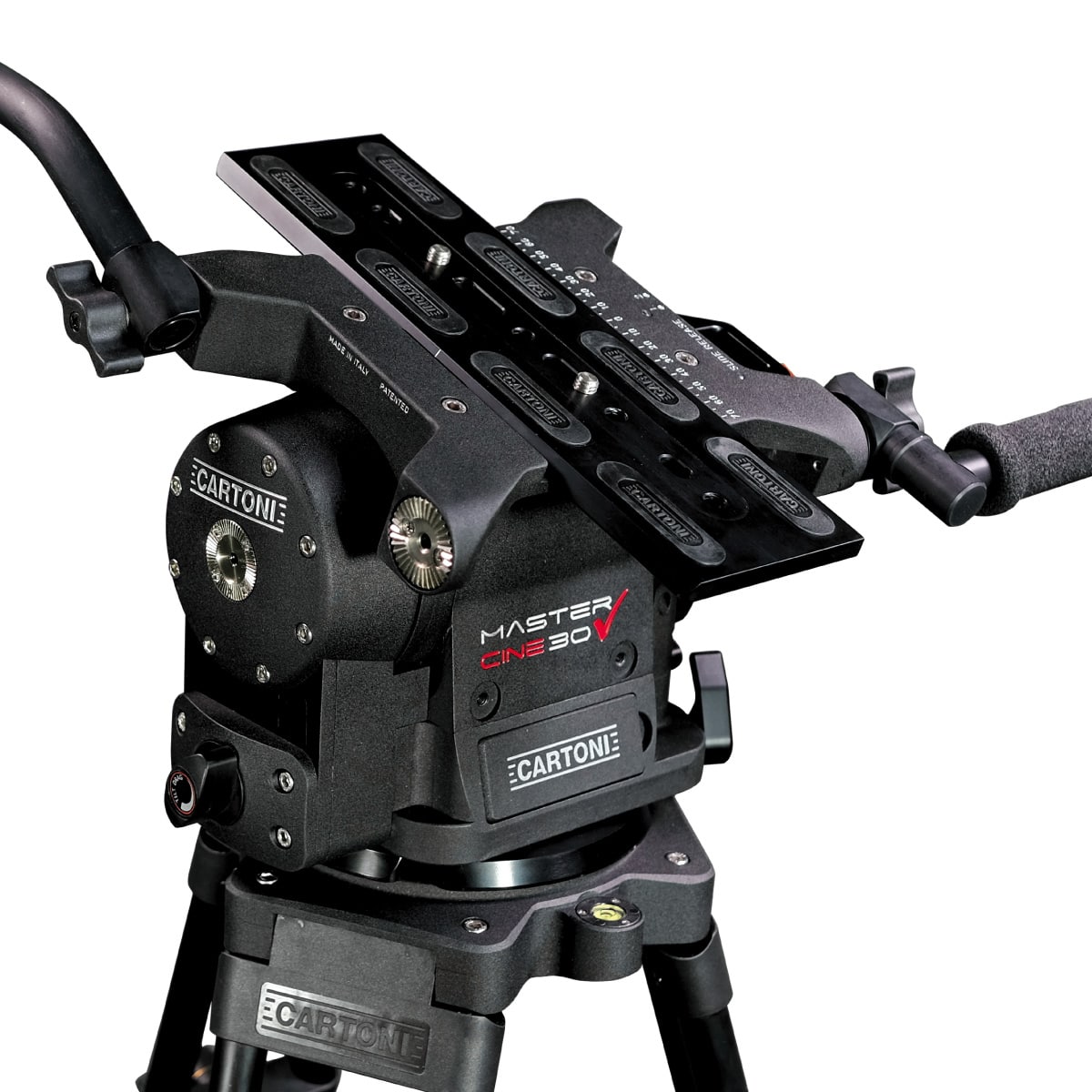 During dailies of e Immortal Story, Orson Welles turned to his cinematographer Willy Kurant, ASC, AIC, and said, “A lm is never really good unless the camera is an eye in the head of a poet.” This was Welles’ first color film and last completed feature. It’s now on DVD from Criterion, described as a “jewel-like film, dreamily shot by Willy Kurant and su used with the music of Erik Satie, a brooding, evocative distillation of Welles’s artistic interests—a story about the nature of storytelling and the ne line between illusion and reality.”

Thinking of poets, cameras and heads, Welles and Kurant might have relished a camera perched upon the new Cartoni Master Cine 30 Head.

This new Fluid Head has been designed for digital cinematography cameras. It has all the latest Cartoni innovations in camera support technology: a planetary fluid drag mechanism, smooth movement in both pan and tilt, adjustments from almost freewheeling to an extremely consistent maximum drag, and extraordinarily precise starts and stops.

The Master Cine 30 Head includes all the advantages of the famous Cartoni Maxima Fluid Head— but in a more compact size and at a reduced weight of 10.5 kg (23 lb).

A digital read-out indicates counterbalance, pan and tilt fluid settings. The bubble level is illuminated. To make the Master Cine 30 more user friendly, the pan and tilt brakes are conveniently placed on the le side (operator side) of the head. The camera baseplate latch can be activated with one hand both to disengage the new safety lock and to free the camera plate completely.

The camera plate stage accepts all industry-standard camera baseplates, slides 140 mm back and forth, and is clearly marked by a scale. There are 4 rosettes for pan handles. Standard con guration comes with a right telescopic pan bar and a le front pan handle. Front box attachments and eyepiece extension holders are optional.

In “Ribbon of Dreams,” Welles wrote, “Distributors, naturally, are all of the opinion that poets don’t sell seats. They do not discern whence comes the very language of the cinema. If the cinema had never been fashioned by poetry, it would have remained no more than a mechanical curiosity, occasionally on view like a stuffed whale. A film is a ribbon of dreams. It can happen to us to dream in colors and sometimes in black and white, but never in CinemaScope. We never wake from a nightmare shrieking because it has been in VistaVision.” Uh oh. Had Welles attended IBC 2016, surely he might have dreamed in widescreen, supported by a Cartoni Master Cine 30 Head.