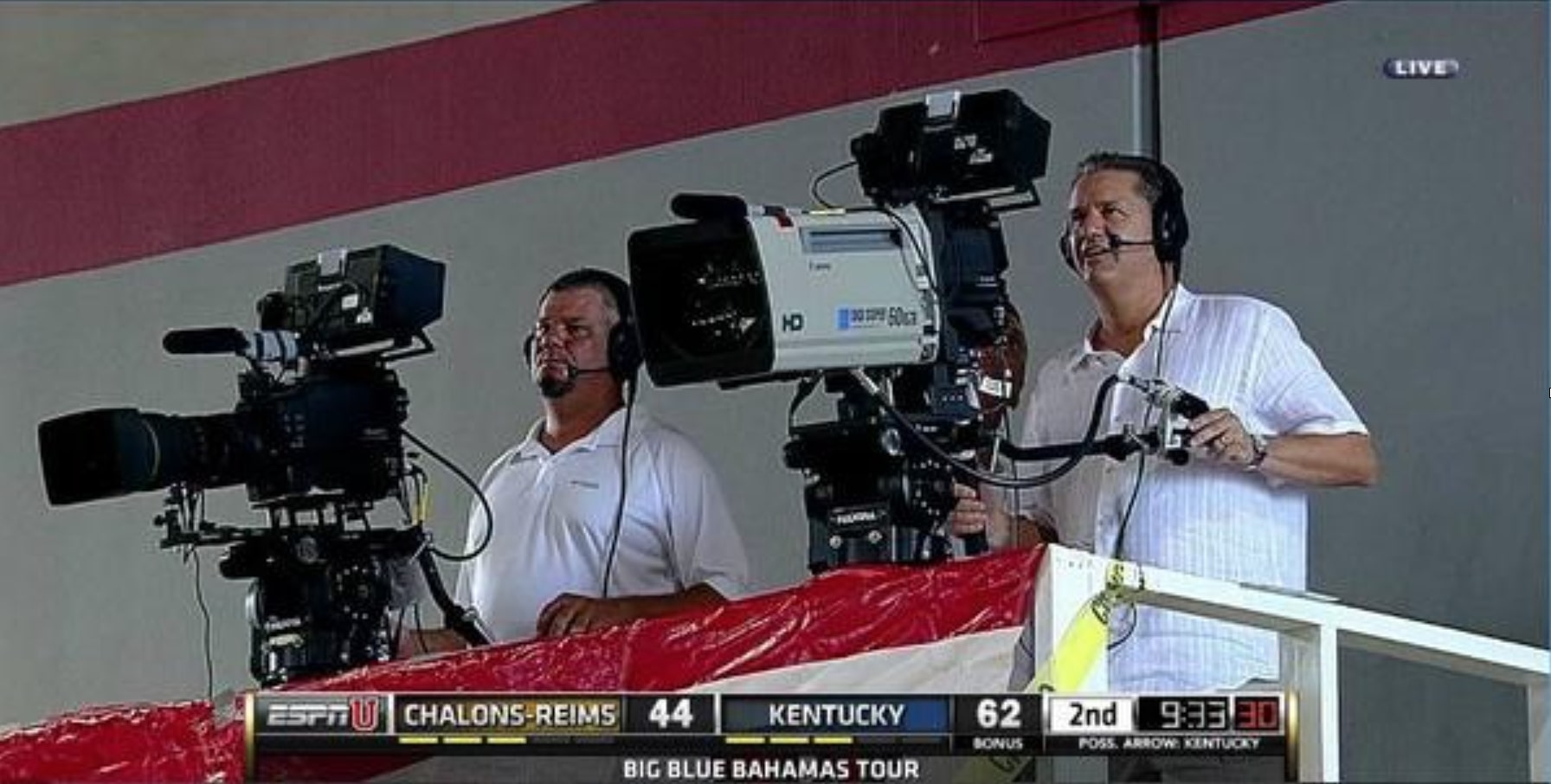 FT. LAUDERDALE, Fla.—Ross Mobile Productions (RMP), a division of Ross Video, is a specialist in mobile sports production. We’ve brought innovation to the business of packaged sports broadcast services through the use of high-capability, small-format vehicles that take advantage of Ross Video’s powerful Carbonite Series production switchers and XPression real-time motion graphics system. That concept allows us to provide cost effective production services for sporting events on par with network sports programming. We currently operate a fleet of five mobile production vehicles that service events in more than 30 states from bases in Florida and New York.

Cartoni fluid heads and tripods are an integral part of our mobile production model. We use both Maxima and Delta heads. Each combines ultra-light construction, smooth performance and ease of use, with an affordable price. We use the Cartoni heads in tandem with Ikegami HDK-95Cs and similar cameras, and, typically, Canon lenses, including S95s and S100s. These are expensive broadcast packages and so we need to have a lot of confidence in our fluid heads and tripods, not only to perform, but also to protect our investment.
Our mobile operations have more than doubled in size over the past year. Currently, we have more than 20 Cartoni heads in our inventory, and we’ve just ordered several more. We particularly like Maxima because of its ability to support payloads from zero to 40Kg (86 lbs.) and as well as its patented counterbalance system, which delivers extremely smooth performance and perfect balance throughout the 180° tilt range.

RMP provides mobile production services for many different kinds of sporting events, ranging from basketball and football to cricket and horse jumping. Recently, we sent one of our trucks to the Bahamas to cover the Big Blue Tour, a college men’s basketball event that marked the launch of the new SEC Network. We also recently served as the host broadcaster for an ITF Davis Cup tennis match that included live feeds to Israel, Argentina and the Tennis Channel. The event was moved from Israel to Florida on short notice due to security concerns and there were just a couple of weeks to work out the logistics.

We covered the Davis Cup matches with a mobile truck and a five camera, network-style setup. We pride ourselves on delivering the highest quality, most affordable productions in the market, and the Cartoni heads and tripods are part of the reason we are able to do so. They allow our operators to capture sports action with the same fluidity, range and dynamism as network crews in a set up that is smaller, easier to use and less costly. They help to ensure that our production value is the best it can possibly be. They are helping us to change the business of sports broadcasting for the better.